Hello to all! Weather anomalies + absolutely wild heat (at the described moment the laptop was in the attic (do not ask how it got there), and according to indirect observations at that moment the temperature reached + – 60 degrees) negatively affected the battery in my laptop 🙁 Actually – he swollen 🙁 Using a laptop with a swollen battery is the last thing, because … today I will share a short history on replacing the battery in a Xiaomi Mi Notebook Air 13.3 laptop.

I did a superficial review of the laptop earlier (available at link), and during the use of this device, my positive opinion about it has never changed: a reliable, nimble, unpretentious machine that helps both in work (video-audio processing, coding) , and in entertainment (films, music, games (in games, in principle, I play VERY rarely, therefore I can’t do a review about the performance of this or that game on this laptop), with excellent autonomy omiya (a record in energy-saving mode with office work — about 8 hours) and an excellent touchpad (the best for all the time I used laptops (and the first one appeared somewhere in the 2000s — I used desktops before that, and yes – I heard that Macs are even better, but Macs cannot stand chronically – it’s a long story) – for almost two years of use, I only attach the mouse when I want to play 🙂

But back to the battery replacement story. After swelling, the laptop in the closed state looked as follows:

It was possible to order on Ali (there are more than enough options) – however, the waiting time was about 3 weeks, plus the lack of warranty (yes, you can return, but this time / money) did the trick, and as a result the battery was purchased on Amazon.de . The order was placed on Sunday evening, and today on Tuesday the battery was delivered to your home. Native packaging, not damaged: 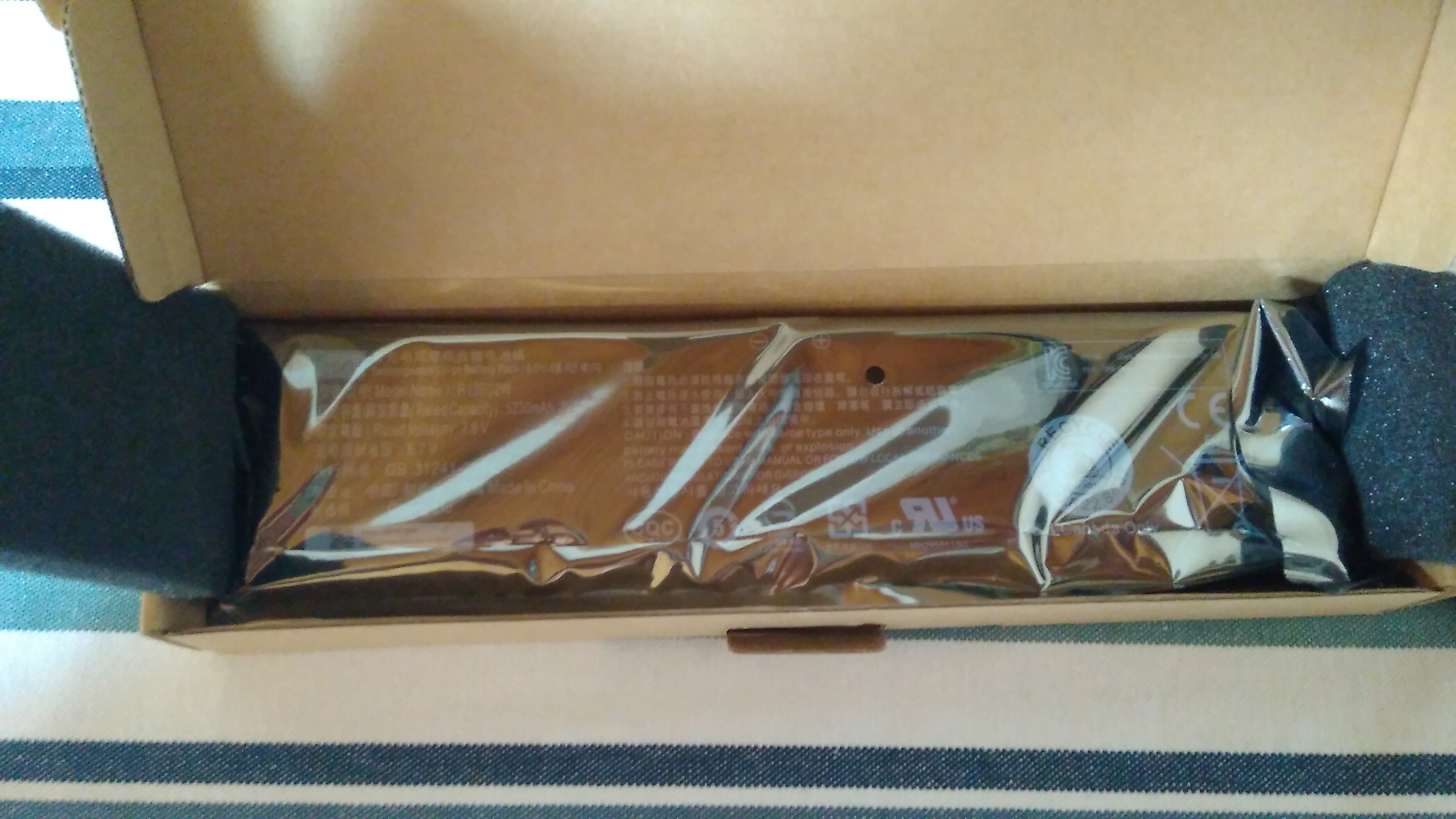 A screwdriver with a Torx T4 nozzle was used to open the patient. What I liked – the laptop is disassembled in an elementary way – I unscrewed six screws (one of which is hidden under a rubber foot), and now – full access to the hardware. No magic and torment. Class! In the photo, by the way, my camping kit: screwdrivers, tweezers, thermal grease 🙂 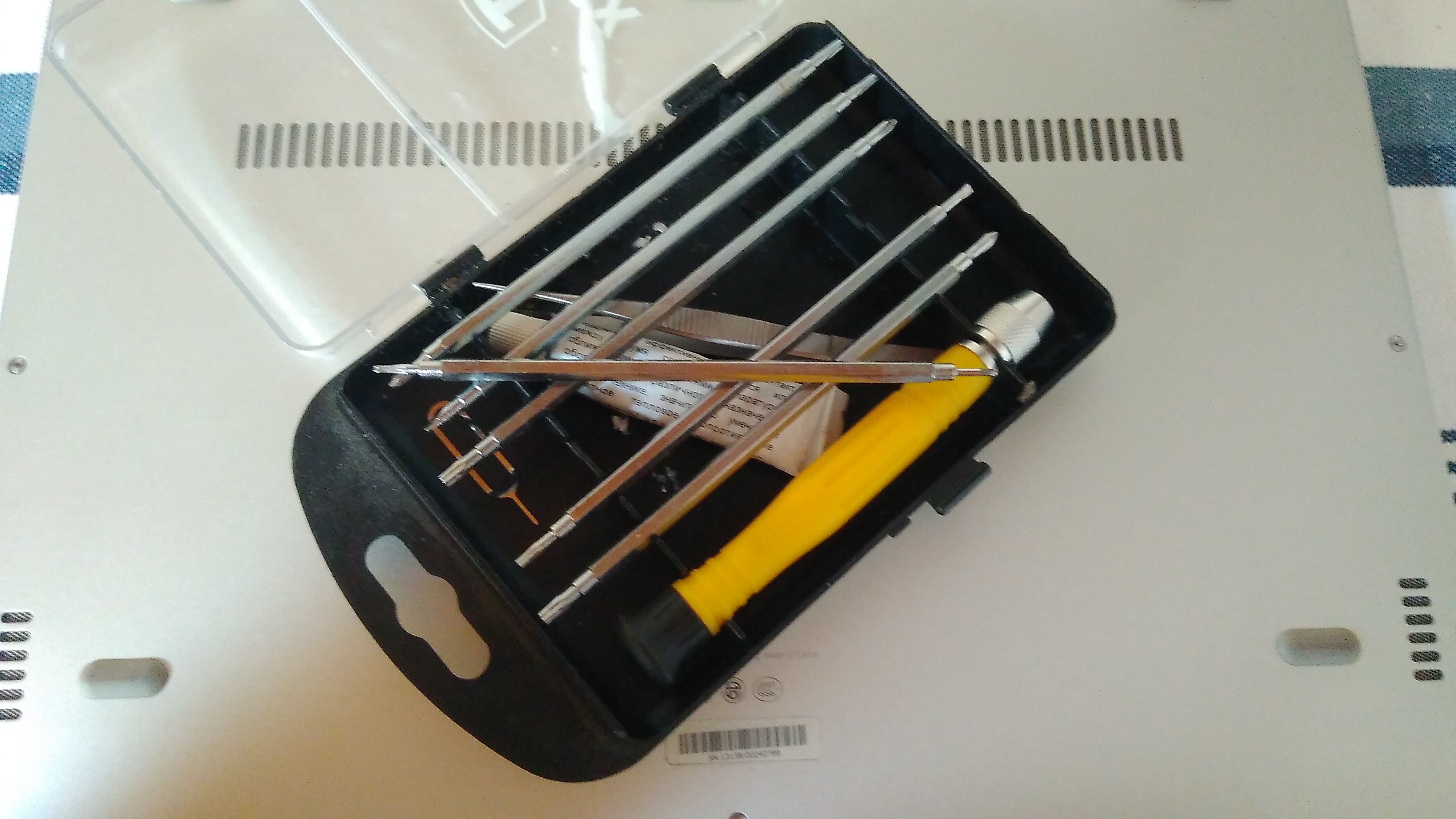 The battery itself is fastened with two screws that are unscrewed with a Phillips screwdriver. The connector is removed elementarily – with a fingernail pry up the edge of the connector, pull it slightly forward, and pull out the battery. Before installing a new battery, I want to show for comparison – the battery is new and the battery is swollen: 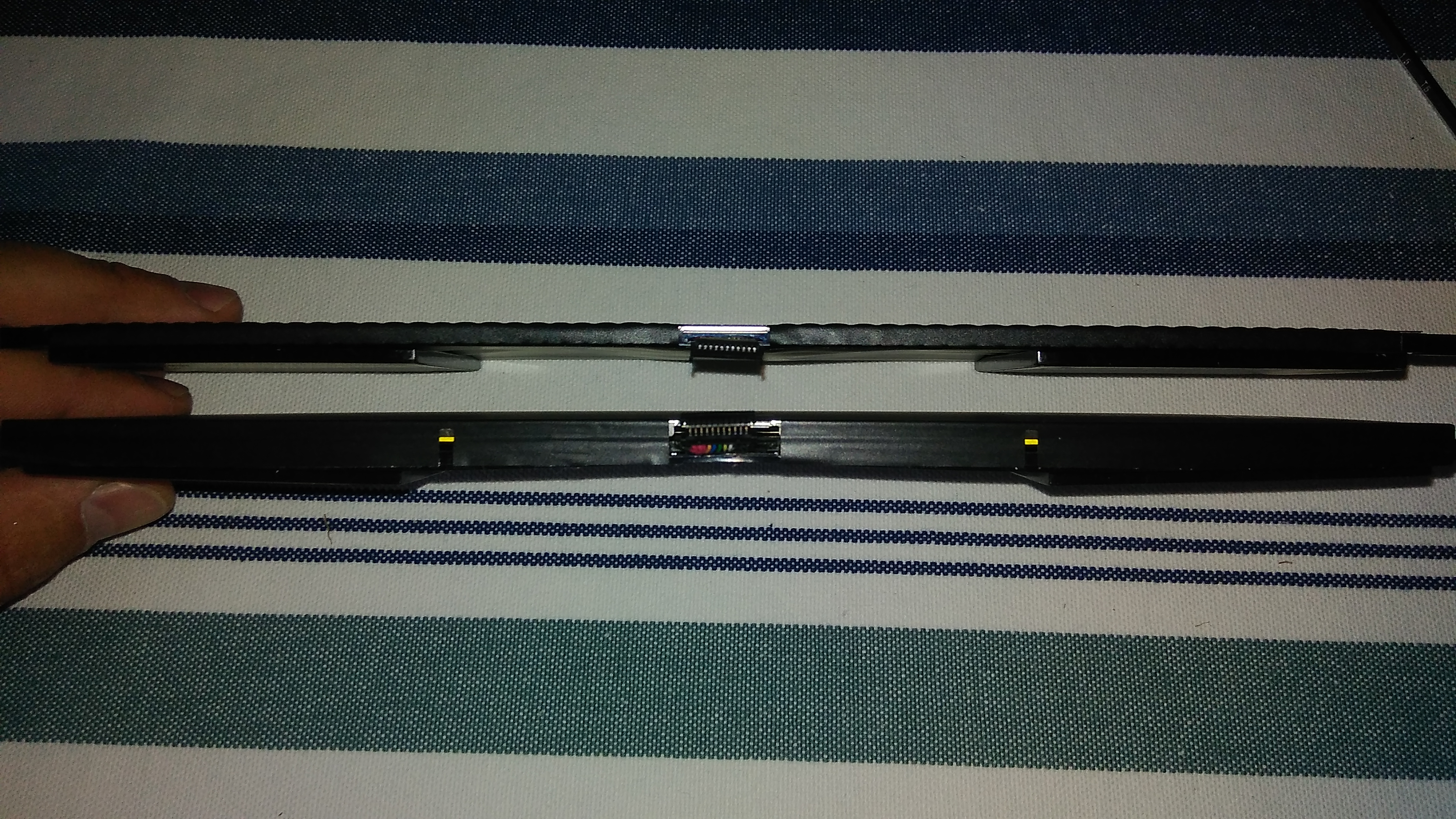 We install a new battery, fasten the cover, and that’s all – a laptop with a new battery. The whole process took five minutes on the strength.

With a normal (not swollen) battery – the laptop looks like this:

The first impressions of the new battery are not yet clear … I installed it, assembled everything, turned it on in battery mode – and the forecast showed almost an hour and a half of operation (at about 40% of the charge). However, after 10 minutes, the charge level jumped to 7%, and after another 5 minutes the laptop turned off with the requirement to connect power. Let’s see what happens next … at the moment, the laptop is charging, and if the native battery supported fast charging (from zero to 100% per hour plus or minus), then the new one is predicted to charge in 1:50 hours … But – maybe this is how the battery behaves in the process of the initial period of work – let’s see, see ….

That’s all 🙂 Thank you for your attention! If you have any questions, do not hesitate to ask them on mail or in Telegram (by the way, I wrote on the knee bot weather forecaster (which I will discuss later) under Telegram, please help in testing;))

Python Telebot – get user phone number
Hello to all! Actually, the essence of the problem is…